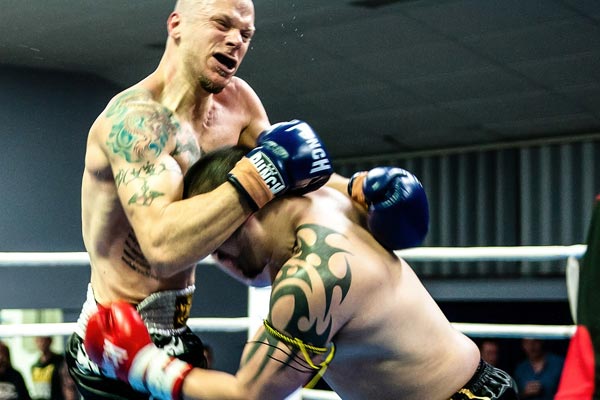 The historical vs. the modern-day fighting arts is what we are comparing. Muay Thai or the pos 1930’s westernized version compared to the traditional form of combat initially employed by the Thai people.

Never has comparing apples to apples made more sense. A person is interested in constantly developing and growing their skills; it is only natural to look to tradition to learn more of their passion.

In this case, Muay Thai practitioners would look to the past and find that their sports legacy comes from the proud tradition of Muay Boran. While it is important to note that the Muay Boran is a term used to encompassed multiple forms of unnamed martial arts from before 1930, it is now used to describe and determine a more culturally rich and traditional condition of the famous Muay Thai sport.

Muay Thai sees its practitioners learn and develop powerful striking skills. Those that practice the eight limbs of destruction find themselves quickly evolving into premier stickers. One of the main draws to the method is the quick turnaround time to become proficient in the discipline.

Unlike other martial arts, Muay Thai can boast a fast-learning curve; a person who sports weekly and practices their skills constantly can see their efforts rewarded in as little as eight months. This quick lesson format is greatly enforced by the constant sparring students get to do while training in Muay Thai.

Martial art students that are seeking to include Muay Thai in their arsenal should get ready to do a lot of cardio and conditioning. There will be sparring involved to make sure the student has some experience before taking on a real amateur or even professional match.

Their training will include developing powerful kicks that target everything from the lower leg to the head, boxing strikes that also have modified uppercuts, and unorthodox overhand blows, then include a whole myriad of elbow techniques; finally, the knees and clench come into play.

There is always a limited amount of leg catches and sweeps that can be performed against an opponent but are legal to do in the fight. Once done, a Muay Thai fighter is not only a fighter. He is a force to reckon with even at the early stages of their training.

Muay Thai does not really have a ranking system or a belt system. The fighter’s record speaks to the warrior’s prowess. It is not uncommon in the Muay Thai sports arena,  to see practitioners as young as five years old too step into prestigious rings like Lumphini Stadium and put on a show for the spectators.

Muay Thai is an art that takes a lifetime to perfect as small nuances in technique make it more challenging as the student advances.

Training for Muay Thai sees the students put through a modern gym environment, lots of rope work, constant conditioning of arms and legs, technique classes with a lesson plan.

As seen through the lens of a more traditional, cultural, and military lens, Muay Boran sees a fighting art similar yet different from its modern counterpart. The apparent differences are the traditional fighting garbs and traditions before the matches begin.

Fighters wear ropes; these are usually made of hemp, wrapped around their arms and hands. They also wear a traditional headdress that is considered a talisman and that in some cases represents the gym where they train; these are represented in the colors they use to make the talisman.

Muay Boran also takes pride in its cultural roots. Before each fight presents a traditional dance that showcases the fighters honoring the four cardinal points North, South, East, West, thus also pointing to the various form of the fighting arts found in Thailand.

The fighting style is Muay Boran does include all the sticking arts found in Muay Thai, where they breakaway is the inclusion of holds, grappling, and small joint manipulation. It can be said that Muay Thai is a sport fighting style that can be used for self-defense.

Muay Boran is a self-defense style that, with some modification, can be used for sports entertainment.

This is actually how Muay Thai was born when one of the sons of King Chulalongkorn’s gathered his most talented fighters to perform as part of the funeral service; four soldiers were chosen to represent the various parts of the country, each corresponding to a style. Thus, the exhibition became part of the cultural traditions.

While Muay Thai focuses on sticking one on one combat, Muay Boran sees a variation to this approach. The more military-styled system includes combat against multiple opponents, submission grappling, and minor joint manipulation.

Striking with fists, elbows, and legs is just part of a much more comprehensive course, and when put into a competition format, rules are set to make sure that the method towards winning is straightforward between both opponents.

Muay Boran also enforces the fighting skill to determine rank. While Muay Thai fighters might become proficient in the basics within a year, Muay Borans’ more extensive curriculum takes at least one year and six months to get all the basics.

One aspect of Muay Boran is the bonus that weapons training is also an option. The dual-wielding swords, styled more commonly referred to as Krabi Krabong, see the practitioner learn how to fight with two short swords and some schools even include a form of staff/spear combat native to Thailand.

It is commonplace for a Muay Thai practitioner to seek out the more traditional and varied form of Muay Boran to thoroughly learn a form of the Thai fighting arts.

The style is steeped in cultural traditions, combat techniques, and historical traditions that would be a shame to not take in the whole curriculum as part of the training.