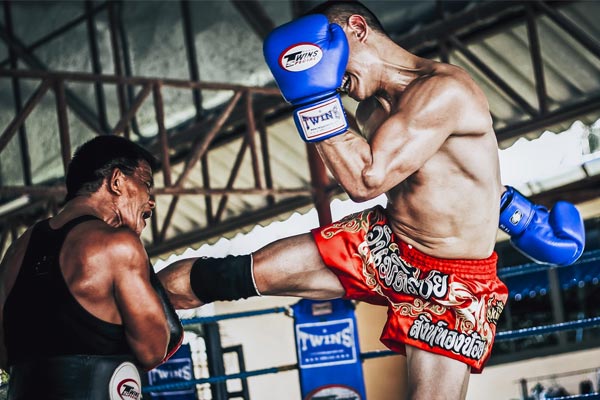 The world of martial arts training is vast and full of programs that range from at-home workouts to traditional dojo or even modern gyms.

The immense options can be pretty overwhelming to a newcomer looking to include martial arts in his daily life. Whatever the training’s primary motivation, a new practitioner mainly concerns what style he should choose.

This article compares traditional martial arts training like Muay Thai to a modern training style like Mixed Martial Arts. That way, an informed choice can be made as to what best fits a person’s personal journey.

Both MMA and Muay Thai enjoy great reputations as combat systems. Muay Thai is considered one of the premier traditional combat systems and is still a growing sport to date.

MMA came out and rocked the martial arts world; it cleared up myths regarding martial arts and emphasized functionality and what actually works in combat. The question becomes which one is right for you.

Muay Thai art is essentially a striking form of combat. The art teaches the students to strike with knuckles, elbows, feet, knees on both sides for a total of 8 weapons. The blows are powerful, and the style emphasizes the generation of power from the hips for destructive impacts.

The martial art also has a series of trips and locks that can be learned as part of the more complete self-defense package, but these are not used in the sports arena.

It takes around 6 to 8 and even 12 months to become proficient at Muay Thai basics, such as footwork, stances, basic kicks, and combinations.

In traditional schools, you’re fighting level is actually determined by how good you are infighting. So, a practitioner will be put to the test by sparing. The whole art itself might take a lifetime to learn.

There is no set rank system like in other martial arts such as Tae Kwon Do, Karate, or Judo. Instead, a fighter’s record speaks to the person’s skill level. This is an authentic sink or swim kind of environment that showcases a person’s fighting skill.

Muay Thai combines boxing strikes like jab, cross, hooks; with powerful kicks that range from straight leg kicks to powerful sidekicks that target everything from the legs to the top of the head. It also features various elbow strikes that explode from multiple angles of attack.

The combat system also includes trips, joint manipulation, and breaks. The famous Thai clinch that takes full advantage of knee strikes is also one of the sport’s mainstays.

Sparing is a massive part of Muay Thai and is one of the main reasons it is effective both in the streets and the gym. Constant practice and use of a skill in actual fighting conditions really see a fighter’s proficiency skyrocket.

Certain schools of Muay Thai even offer weapons courses for a more self-defense-based approach to martial art. These courses focus on blade and staff work. They are meant to compliment the already brutal system and call back to the more traditional and military-styled form of Muay Boran.

The brutal combat sport is not for everyone; it focuses on conditioning the body to deal and withstand hard hits, so body conditioning is undoubtedly part of the course. Expect to get hit a lot. The work does not stop there; cardio resistance plays a significant factor as constant movement and avoidance make for a great fighter.

If you’re looking to up your unique skills or feel the need that your fighting skills, in general, could use a good polish, Muay Thai is definitely the way to go. Its practical learning speed, its use on the streets, and its constant fighting skills make it a must for newbies and future fighters.

When MMA exploded onto the martial arts world, it came in like Godzilla walking into Tokyo, tearing down buildings and showing the world who is boss. The multi-faceted art showcased combatants fighting with little rules trying to establish which style was the most dominant.

The world came to know Gracie jujitsu and the power that lived in the ground game. It suddenly felt imperative not only to be able to box, kick, throw or submit; a fighter had to be able to do all of these to show he was the ultimate fighter.

The sports competition really took off after more concrete rules were established for the upcoming sport were imposed. Weight classes were added, specific strikes were banned, and regulations were cleared up to what was allowed. Suddenly the world of martial arts changed.

MMA is a proven form of combat sport. It takes what works from other combat sports and gives it a place to shine. While the learning curve for MMA is longer than other martial arts since the curriculum involves various styles, once proficient, the practitioner finds himself become an elite fighter.

They are suddenly skilled in multiple forms of defense and offense. Their skill sets include boxing, Muay Thai, BJJ, wrestling, and those are just the usual suspects.

Certain fighters enter the MMA world that is already skilled at Capoeira, Karate, or Tae Kwon Do, which gives them a certain edge on the competition.

The question here becomes, is MMA worth the time since it takes so much time to perfect or even become good at. The answer is MMA is not really for beginners. The truth is that those that shine at this sport have some sort of specific training background.

The fighters usually stand out is because their arsenal includes black belts in jujitsu or short carriers in boxing and other sports.

So which ones right for you will depend on the time you wish to invest in your training. If you’re looking for a hobby or a life skill, Muay Thai might be more your flavors of choice.

If you’re looking for competition and growth in your skillset, then MMA is right up your alley. There is no wrong choice in your preference. In fact, you could start in Muay Thai, then transition to MMA and have a leg up on other competitors. As long as you are having fun. 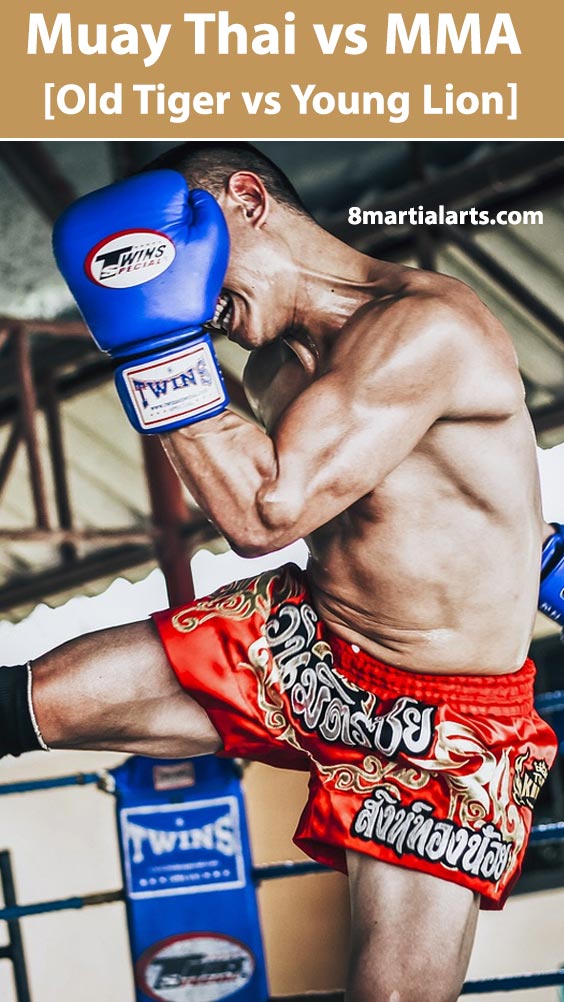