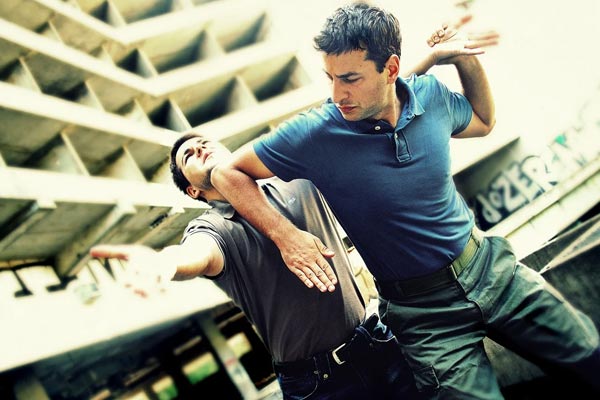 Krav Maga and Brazilian Jiu-Jitsu are recently in the hype now because of their efficient combat procedures. Both the techniques are very discrete martial arts. While the BJJ has some historical self-defense roots, nowadays, it is most popular as a sports grappling technique. Whereas Krav Maga is famous for its aggressiveness, it incorporates defense against weapon attacks, striking, grappling, and multiple attacker simulations in the self-defense technique.

Which fighting technique should you train for Krav Maga and BJJ?

To determine which combat technique is right for you, first of all, let’s dive into the crests and troughs of each martial art!

Krav Maga is primarily a self-defense technique that was curated by the Israel Defense Force for making their military personnel proficient in hand-to-hand combat.

The training procedure of Krav Maga builds on aggressive counterattacks, instinctive movements, and no-holds-barred rationality in the absence of any conventional ceremonial elements.

On the other hand, Brazilian Jiu-Jitsu or BJJ is a combat sport and martial art form that solely focuses on grappling and ground fighting.

The fighting technique draws inspiration from Kokudan Judo and uses takedowns and throws to thrash an opponent to the ground. In BJJ, many pins and sweep techniques are used for strangulation or to set up joint locks.

While Krav Maga is among the most lethal martial arts, BJJ deals in military-level combat.

So, to find out the technique that’s ideal for you, you need to delve deeper into the basics, differences between the two. Let’s start comprehending!

The fundamentals of Krav Maga

The dominating principles behind Krav Maga are listed as follows:

When we are talking about Krav Maga, you don’t need any belts. In fact, no prior martial art experience is needed to become a pro in Krav Maga.

The Krav Maga process is an integration of techniques like Judo, Karate, Boxing, and Aikido, so it is beginner-friendly.

There are six belts in the fighting technique that you can acquire as you proceed. These are Yellow, orange, green, blue, brown, and black in ascending order of proficiency.

The sixth and final level can get you the black belt, and it is divided into five further sub-levels.

How long can it take to reach a blackbelt?

The timeframe for reaching a blackbelt is quite tedious. Only consistent efforts and practice can get you to the pinnacle.

Blackbelt trainees with average training and fitness practice thrice a well to reach level 6. And so it can take about 3-4 years to get a black belt.

The Krav Maga technique covers discrete self-defense issues that one might face in real-time in the actual world.

An attacker can be unarmed or armed. If someone attacks you, then Krav Maga trains you with techniques to protect yourself with any weapon that is within your reach.

Here’s a short clip on what Krav Maga looks like during real-life combats to draw a real-life simulation.

The fundamentals of BJJ

With the rise and emergence of mixed martial arts, BJJ developed into a basic skill set that was incumbent for professional fighters. The key principles of BJJ include:

BJJ doesn’t need any sort of explosiveness or aggression like Krav Maga to get the most out of its techniques.

On the contrary, BJJ is all about using positions and leverage to allow even the tiniest individual to control the bigger and stronger opponent.

In Brazilian Jiu-Jitsu, there are five primary belts. The fighters in BJJ are promoted through the belts in the following order:

The key similarities and differences between Krav Maga and BJJ

The basic similarity between Krav Maga and BJJ is that both are self-defense techniques that help you safeguard yourself and defeat an attacker by controlling the threat.

Both techniques are an exceptional option to explore new horizons of expertise in martial arts and attain new skills in real-world combat.

However, the fighting technique, experience levels, and the governing principles of both techniques are completely different.

The major difference between BJJ and Krav Maga is that Krav Maga isn’t more of a martial art technique. It is a self-defense system that includes joint manipulations, deadly strikes as well as weapon training. Krav Maga is not a sport but a combat technique, and so there is no competitive arena.

On the other hand, BJJ is quite less aggressive, and it is practiced as a grappling sport that prohibits the use of striking and deals with chokes and joint-locks.

Which one to choose- Krav Maga or BJJ?

BJJ offers fighters the ability to spar. With BJJ, you can see how the techniques practically feel with resistance.

While improving your fighting skill, the technique also develops your muscle memory, so you can create and retain new fighting techniques for longer.

On the other hand, Krav Maga is a more aggressive mode of combat that helps you deal with real-life attacks. If you think you can move to the aggressive side, you can always opt for Krav Maga.

It will teach you skills, techniques, and whatnot. But if you want a technique you wish to use solely for defense, BJJ is the one to go for.

Before choosing a technique, consider your personality, body weight, and prior training (if any) if you want to pick the best defense training system.